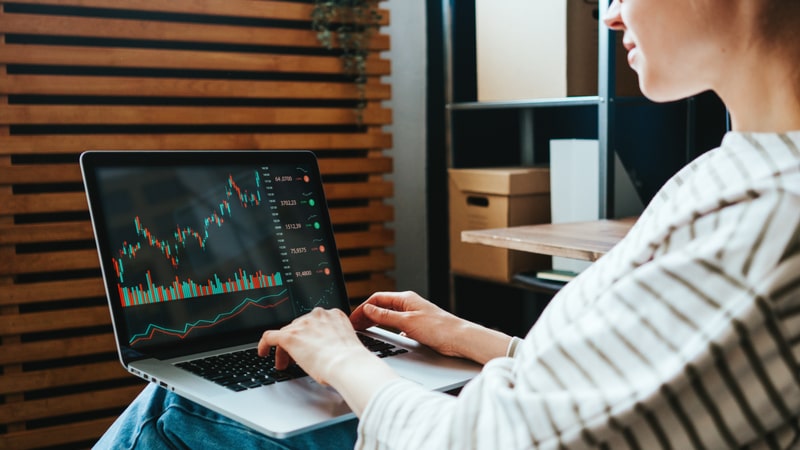 Day trading is the term used to describe those who buy and sell on the stock market but don’t hold on to the stock they buy for very long, typically buying and selling stock on the same day. This usually means they’ll buy in the morning and sell in the afternoon, hence the term day trading. It requires a good understanding of the markets and a keen eye to spot emerging trends. Usually, day traders thrive on stock market charts and data, so having high-spec and powerful Stock Trading Lenovo Laptops with a few screens on which they can monitor the market throughout the day is a must.

They’re strange names for sure, but the terms bull and bear markets are used to describe the general movement of the market. A bull market (when a market is bullish), is used to indicate that the prices of stocks are expected to or are rising, indicating an upward trend, while a bearish market is an opposite. A bear market describes a market period in which the prices of stocks are tending downwards.

Short selling is a concept that isn’t easy to grasp at first, but it’s an important part of how the stock market is traded. Short selling, in essence, is selling stock someone else owns on the open market at a specific price that you believe is set to drop in the near future. You would then buy back the same stock later at a lower price. If you get it right, the difference between the initial sale of the stock at a higher price and the repurchase at a lower cost is your profit. It’s a very risky strategy. After all, if the price of the stock rises instead of the anticipated fall, you’re going to lose money in the deal because you have to buy back the stocks you borrowed at the higher price.

If a company does not trade shares in their business on the open market, it’s a private company, so-called because it’s privately owned. Once a company sells shares on the open market, they become a publicly traded company. An initial public offering (IPO) is the process of a private company selling its first shares of the business to the public and becoming a publicly traded company.

A dividend is a portion of a company’s total earnings that they pay to its shareholders. If a company performs well and makes good earnings, shareholders are set to earn good dividends on their stockholding. They’re usually paid quarterly or annually. Not all companies pay dividends.

Now that you know what a few terms mean, why not do some more reading about the interesting world of stock trading?

If you are a teacher or another type of educator, you may decide to progress your career b…