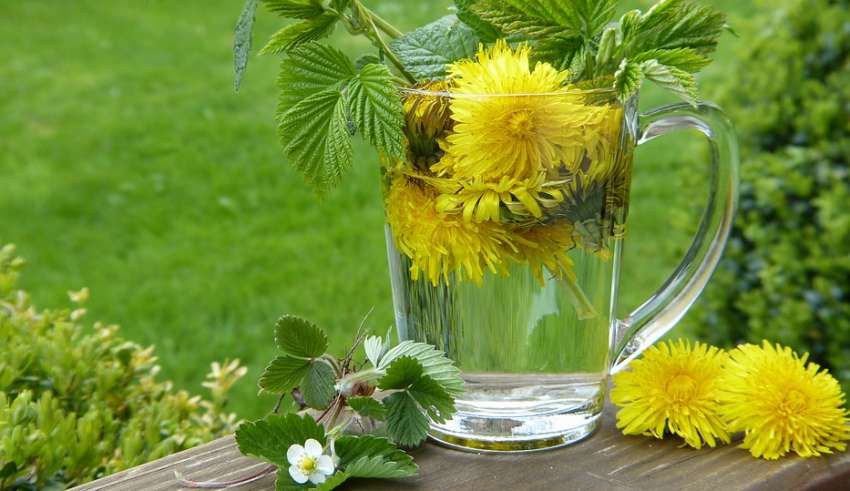 Having close to 30 species, the ubiquitous weed, Dandelion is a flowering plant. Its botanical name is Taraxacum officinale and belongs to the Asteraceae family. These plants are an important element in the stream of conventional Chinese medicinal practices for many years. Known to be a native to the Mediterranean, these plants were widely cognized by the Greeks, Romans and Egyptians. Its roots and leaves have been used medicinally in the form of a tonic for the bloodstream courtesy to their slight diuretic properties instrumental in the effective functioning of the digestive system.

Dandelions have been known to be effective in treating several health conditions such as toothaches, fevers, anemia, arthritis, diabetes, heartburn, gallbladder issues, skin irritations, disorders of the kidney, stomach and liver. These plants are richly supplied with Vitamins C, E and A in addition to calcium, zinc and iron.

They are known to have many interesting and fun facets to its name, let us learn about some of these fascinating facts in this article. Read on.

Dandelion across the globe is referred to by different names. Pissenlit is the French word for Dandelion. French refer to this plant as the “pee the bed” which is the translation to Pissenlit. These plants are diuretic as mentioned. In French, “Dent de lion” in English translates to “tooth of the lion”. This weed was named so as their leaves are etched resembling the mouth of the lion. The shape of Dandelion’s leaves resembles the tooth of a lion.

It is the only flower that represents stars, moon and the sun – the three celestial bodies in the various life cycle stages. Here, the yellow stands for the sun, stars indicated by the seed-dispersal and the moon indicated by the puff ball of a dandelion plant.

Every part of the plant has some benefits be it the flower, the leaves or the root. It finds applications in the field of medicine, food and colouring too. The flowers of the dandelion exhibit a yellow-orange hue comprising several small ray florets; they exhibit capitulum inflorescence. The flowers open at the time of sunrise and closes at night.

From their point of origin, they can sweep away to a distance of up to 5 miles. There are various insects which pollinate these plants. They comprise fruits known as achenes where the yellow flower turns into a puff ball. The seeds of these plants have extensions resembling disk-like structures serving as a parachute helping the dispersal of seeds.

The leaves of the plant are 2-10 inches in length, and the plant in turn can reach a height of 17 inches. Animals such as birds, insects and butterflies consume the nectar and seeds of dandelion.

The green leaves form a rosette at the base of the stem where the leaves become visible as though tooth-like towards the edges.

Hot water can kill dandelions. In addition, some extra vinegar can be added for the same. Touching its leaves with weed torches is enough to kill it.